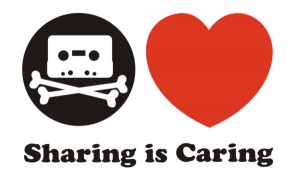 I’ve been reading some of the latest comments from Chris Dodd. I find it both amusing and saddening at how despite a resounding (but momentary) loss, he still doesn’t get the underlying ideas here. He’s blaming the current failure of SOPA/PIPA on things like “slow pacing” and the fact that this gave “the Internet and free speech advocates time to wake up and mobilize”.

Nowhere does he seem to realize that we are all against it because it is actually bad law.

See, Mr. Dodd, I think what you’re missing here is that you’re dealing with the Internet. It’s not “Silicon Valley” that is against you, it is everybody in the whole world that is intelligent enough to think for themselves and vocal enough to communicate with like-minded others.

Like many, many other people who spend the majority of their lives online, I’m a pretty smart guy. I can read and write computer code. I also know English. Most of the time, I even know how to spell. And before I formulated my opinion on SOPA and PIPA, I went to the ‘net, found the text of the bills in question and read them. Then I weighed their texts against what I know about the internet (which just so happens to be a lot). It’s that simple, really.

Mr. Dodd, can you say that you have actually read and thought about these bills in great detail? Do you actually know how the internet works, and can you understand the effects that the language in these bills, if passed into law, would actually have? Because from your remarks, it seems to me that you don’t have the first clue what it is that you’re talking about and who it is that you’re dealing with.

See, you’re not dealing with Senators and Congressmen who pass bills having never read the text of them or even had them summarized to them by an intern. Instead, you’re dealing with the many, many intelligent thinking people who frequent the internet. People who understand language, and code, and law. People who have dealt with legalese in the form of licenses, and contracts, and EULAs. No, I Am Not A Lawyer, but I’ve read enough legal documents to know what the words mean and how they will be used regardless of their original intent. I’ve seen the myriad abuses of the DMCA.

Sir, we of the internet have been through legal hell and back, and frankly, we’re not willing to take it anymore.

More to the point, it seems to me that you haven’t actually considered how to solve the problem that you’re claiming to want to solve. Namely, you want to solve piracy.

Here’s the problem: Nothing in SOPA or PIPA or any other legal document you try to create will ever solve piracy. Can’t be done. The law does not prevent crime, it only punishes it. You’re unable to punish pirates, so you’re creating laws that are attempting to punish non-pirates, which just makes no sense.

Good news though! There is actually a way to stop widespread piracy of content: Convince the content creators to actually try to sell their product in sane ways. Look at what happened to the music industry, or the gaming industry.

In 1996 or so, the MP3 format emerged onto the fledgling internet. The encoders back then were kinda crap, and we were still in the floppy disk era to some degree, but the fact that 1 minute of CD quality music could fit into 1 megabyte changed the game. Suddenly it became feasible to put your CD’s onto computer-based media and use them for playing tunes. Sharing songs became much more accessible. A few years later, Napster emerged and changed the whole game. Sharing took off so rapidly that the music creators couldn’t adjust fast enough, and tried all sorts of ridiculous methods to try to convince people that sharing music was stealing. None of this worked.

What did work was the iTunes music store. Selling music online was kinda crap up until this point, because although it was there, it didn’t work properly and there was incompatibilities and the price was too high, etc. Apple did indeed change all that, although it took them a few iterations to sort out all the problems. Music piracy is still rampant, but only among a very small set of people. The iTunes music store fairly dominates music sales, by a huge margin.

Back in the day, I used to pirate video games. Hey, I was in college and couldn’t afford them. Later when I could afford them, I did buy a few, but copy-protection mechanisms often forced me to pirate them anyway just to play what I had purchased. What solved this problem for me was Steam, created by Valve software. With Steam, compatibility issues are mostly a thing of the past. I can buy the games I want without getting off the couch, and have them on the computer a short while later. No discs, no trips to the store, no fuss. I could have pirated Skyrim, instead I paid the $60 because it was worth that much simply to not have to spend my time trying to pirate it and dealing with the hassle.

That’s the key to solving piracy of content. Allow people to buy the content in a way that solves their problems. If I download a movie or TV show from a pirate site, then that’s likely only because the only other way to get it creates some kind of burden on me.

Some people in Europe have no legitimate way to watch TV shows from the United States. As in there are no actual legal means to do so whatsoever. It’s not for sale on DVD, it’s not online for streaming, it’s not broadcast locally.. And yet they still want to watch this content. It’s a bit hard for the MPAA to claim a “lost sale” when it’s not even possible for them to make a sale in the first place.

There’s shows made in the UK that I watch. Some of them I downloaded, because they won’t be broadcast here for many months, though they’ve already been broadcast there. I’ve downloaded them, watched them, and deleted them. I would have paid a couple bucks to do that, had there been a way to do it. There is no such way, and asking me to wait several months is burdensome when there’s no actual reason that I can’t do it right now.

Content creators do have the right to control distribution of their creations, but honestly, I think that they do not have the right to prevent such distribution by all possible methods. Intellectual property only exists because we the people agree that it exists. We agreed upon this specifically in order to foster the creation and spread of new ideas and new culture. When you prevent that spread, then you have violated this agreement, and the people will disregard that which you consider to be your “property”.

This is simply a fact, you’re welcome to disagree with it, but your disagreement with it won’t make it any less true.

Yes, there are those who pirate because it’s free, but if you’ve ever tried to pirate content, then you’d know that “free” applies to cost only. It doesn’t apply to time, or ease, or anything else. Pirates make things complex, specifically to get around your laws and restrictions. Pirating content is hard, and it’s something that 95% will resort to only when they have no other choice. The content creators of the world are forcing pirates into existence by simply restricting the means by which one can not-pirate.

If you want to stop piracy, you have to work within the bounds of reality as it actually is, and not within what you think it should be. Reality will not change for you, nor for anybody else, Mr. Dodd. We will continue to oppose all efforts by you and those who agree with you, but we will oppose them on our own terms, and because we all individually have thought through your rhetoric, and because we individually disagree with it.