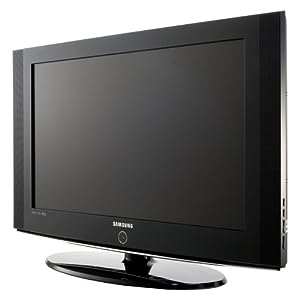 So, I finally caved and bought a big HDTV.

I talked about getting one before, but I’m essentially broke at the moment, having spent so much on moving and such. However, I finally compromised my inherent desire for “the best” and decided to get one that “will work for now”. But, everybody that commented there, and most people I talked to, told me that Samsung has the current best LCD panels. They got the highest reviews pretty much everywhere, so I satisfied the inherent need to have the best that way instead.

On the plus side, I was able to get a powered wall mount for free through my American Express rewards points, so that’s pretty cool. It’ll let the Samsung TV be wall mounted and movable with the remote, so I can tilt and angle the thing easily. It also makes it mount flush to the wall when the set is off, but allows it to come out from the wall 4-5 inches when the set is on. Neat.

The set and wall mount should arrive sometime next week. Amazon has pretty awesome shipping policies with regard to their higher end items: Free white-glove shipping. Very nice. I highly recommend buying your next set from them, unless you know somebody who can hook you up with wholesale price. Even then, the sales tax costs might make it a better deal to go online. It did in my case.