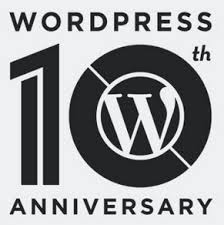 Since everybody else is doing a blog post about how they got started with WordPress, figured I might as well give up my story too. Hey, a blogger’s gotta blog.

Originally, this was a story about WordPress. But I’m not posting it on my WordPress blog, because as I wrote it, I found that this isn’t a story about how I use WordPress, as such. It’s a story about how using and working with and on WordPress has impacted my own life. So it’s on my personal blog. This may reduce the number of readers, but whatever.

This is long. So, click through the more link to read it.

Fundamentally, I started using WordPress because I was bored at work.

So my story with open source software in general actually starts about 9 years before WordPress was created, back in 1994. See, that’s when I went to college and got my first taste of the internet, and started using Unix-like systems. Back then, the email system at my college was run on a pair of HP-UX machines, so you kinda had to know command-line to be able to do anything on them. And you had to do things on them, we were expected to submit our code via email in some classes. These were general purpose machines, one could write C code on them, compile it, test it, and email the resulting code for grading. Of course, you had to use dial-up to access the systems then (we didn’t get fiber-optics run to the student housing until 1997), but it got the job done, more or less.

Open source software is very fundamental to the internet, and has been forever. The compiler we used was gcc, an open source C compiler. Later, when we moved to Java and other languages that ran on the PC more (once PCs grew up a bit), we still used open source software to do it. This was pre-Eclipse, so I don’t know what the heck it was, but it was available for download, so that was what got used.

Around the same time, the web started to get born, and so HTML was one of the things I picked up. For the longest time, my sites were handcoded monstrosities. Yes, I have made animated GIFs without the intent to be humorous. Yes, I have used <blink> and <marquee> without sarcasm. Hey, we were all young once.

At some point, I even contributed to Linux. Funny thing is that I have absolutely no idea what my contribution was, but I did get the infamous Red Hat IPO letter in college back in 1999. I didn’t take them up on it, because I was quite a bit in the hole money-wise at that point, after 5 years of college.

But I didn’t really consider my web-presence to be particularly important until early 2006 or so. I don’t think there was any particular reason for me to do it, but one day I was very bored at work, and I became sick of writing my own HTML, and sick of not having my own domain name, and generally annoyed at not having my own website. So I naturally looked around for the nearest open source software to build websites, and there was WordPress. They had just released 2.0 and so the buzz was around, so I grabbed a copy, found a host that supported PHP (a language I had never used before), paid my $10 for a domain, installed it, and started reading through the code.

So I dived in, started changing core code, figured out how to use trac, learned Subversion (I was already using CVS at work, so that part was easy), submitted my first patch, and generally had fun with it. But what I really did was to start posting on the Support forums.

I’m sort of an old-hand at forums. For a few years in the early 2000’s, I was moderator of the Tivo Hackers forum, which was fun and taught me more about the internals of the Linux bootstrapping system than I probably needed to know. So naturally I gravitated to the forums and started answering questions.

At this point, one might ask how I did that? I just said that I didn’t even know PHP. Well, that’s easy; I found a question I wanted to know the answer to, then went to the code and read until I found it. Lather, rinse, repeat. Do that as little as three times a day for a year and you will eventually become an expert at it. After a year or so, somebody made me a moderator, which just meant I could help weed out the spam, really.

In going through my old emails to try to find who this mystery person was, I found that it was lost to the mists of time. But, I happened to find this email Matt sent me back in April 2008. I had forgotten about it. It was a simple question:

I like your contributions on the forums, have you ever considered working on WordPress full-time?

At the time, I had not considered it in the slightest. I probably didn’t really even consider it then, honestly. I had a great job already, making good money, letting me happily write code, and giving me some free time to fiddle with this whole “blogging” thing. Also, in 2007-8, I was in Java up to my ears, writing and managing a server system to handle billions of dollars worth of transactions, so I really wasn’t paying attention to the state of anything else outside my personal head-space.

So I continued on, eventually learning enough PHP to quit that job and work with a friend of mine at a startup to actually write PHP full time. That startup ran out of cash, so I was suddenly unemployed. So in January 2009, I applied to work at Automattic as a Code Wrangler.

At the time, WordPress 2.7 had been released, which added support for Threaded Comments, but this required themes to actually support threaded comments. And adding that support wasn’t the most straightforward thing to do back then. But I had written a definitive tutorial on the topic, so my trial period job for Automattic was to upgrade WordPress.com’s 80-odd themes to support threaded comments. I did this for a month, screwed it up only once in the process (not bad), and got it done successfully.

After it was done, I decided that, what with one thing and another, working for Automattic actually wasn’t the right place for me at that time, thanked Matt for the opportunity, and went back to my old job at that Fortune X00 company.

Yes, you read that right; in 2009 I actually decided to not work for Automattic.

So a year goes by, and in January 2010, Matt emails me again, says he going to be in Memphis, and did I want to have lunch? Naturally I agree, and we have lunch at a place near my office, where we talk for a couple hours about various things. This is where I first found out about the beginnings of VaultPress, in fact.

A couple months after that, I’m at a bar late one night with my BBQ teammates, and they’re talking about finding sponsors. I remember that Matt likes his BBQ, so I fire off an email to see if he wants to sponsor a team. Thirty seconds later, I get back a single “Yes!”. Guess it was a bit obvious, really.

So Matt comes down to BBQ Fest. Presumably, this was the real audition, because after the festivities are over, he says that he has a job offer idea for me, and would I be interested? I guess the BBQ was just that good.

Naturally I say yes, and we arrange to talk later and discuss it. I didn’t know it yet, but this was the beginning of Audrey. Basically, instead of working for Automattic, I’d work directly for Matt to do various assorted things, mostly involving the WordPress.org website itself. We were a little overexcited about this new idea actually, since we both forgot that I was actually supposed to get paid, and so I didn’t for 13 whole weeks.

The thing is that even at this point, I didn’t fully realize the scope of the whole thing. When I went to WordCamp Savannah in 2010, I had personally met only two people who ran WordPress: My friend Paul (whom I converted to WordPress from Blogger), and Matt. That’s it. I really, truly, didn’t know about the scale of it at this point. So I’m walking around WordCamp and meeting all these people who not only know my name, but said that I helped them with some problem on the forums at some point and are thanking me for it. And as I watched the presentations, at least two of them directly referenced my posts and used code from them to showcase some idea or concept. It was a bit surreal for a while. That night after my first WordCamp, I turned my stats on for the first time. I got 3000 views overnight, and that’s when I realized that hey, people are actually reading what I’m writing. That was a pretty cool moment.

Since taking him up on that job offer, Nacin has joined the team, followed by Scott, and Siobhan. Now I spend my whole day working on things that I was only doing before in my own spare time, and working with some of the best people around the world on cool and interesting projects. Except instead of just answering questions on the forums and submitting patches, I’m still doing those and also helping people directly via many other channels like email and social networks, creating systems to make it easier for people to contribute, helping create tools that allow the many volunteers to do their job better and easier, and even occasionally assisting with websites to follow worldwide parties.

So while I may not have had a real vacation in the last 3 years, I most certainly have not been bored at work. That’s a vast improvement in my book.

15 thoughts on “How WP affected me”